Combinatoric and metric properties of polyhedrons sliced on edges

In this study I investigate the nature of polyhedrons that are created by chipping off all vertices of an arbitrary convex polyhedron several times, in such a manner that the chipping plane can only intersect edges starting from the vertex. This algorithm generates a series of simple polyhedra. In this study I investigate their combinatoric and metric properties and show that the face structure of the final polyhedron has fractal properties. About the latter I show the visual analogy between planar face structure of these polyhedra and planar foams. Other physical applications include the connection to abrasion model of Redner and Krapivsky. Finally, I present the dual process that creates simplicial polyhedra.

The geometry of walls

Walls represent an essential part of architectural creation and they are probably the best illustration for the Vitruvian triad of stability, utility and beauty. Although the surface patterns created by the contour of the building blocks are closely related to all three, still, it appears that the geometric aspects of these patterns were only examined in rather special cases. Since master masons and architects have laid the bricks in bond for more than ten thousand years, there is little doubt that they have been fully aware of the significance of geometry and its role defining the stability and firmness of the wall. In this study I attempt to generalize the concept of the brick bond to masonry with arbitrary geometry.

In this study I computed the ρ value for several historical walls with interesting geometry and found the cell density to be in the interval 1.68 ≤ ρ≤ 2. Since, for any given set of blocks, the value of ρ is primarily determined by the mason creating the masonry, this finding indicates that the masters have apparently attempted to keep ρ close to its theoretical maximum. This idea suggests to regard vertex density ρ as the natural geometrical generalization of the bond in brick walls.

Although it is known that the stability of walls depends on their geometry – in particular the arrangement of the blocks -however this relationship has not been quantified yet. My current work may be regarded as a step in this direction since it shows that walls with high cell density proved to be durable. 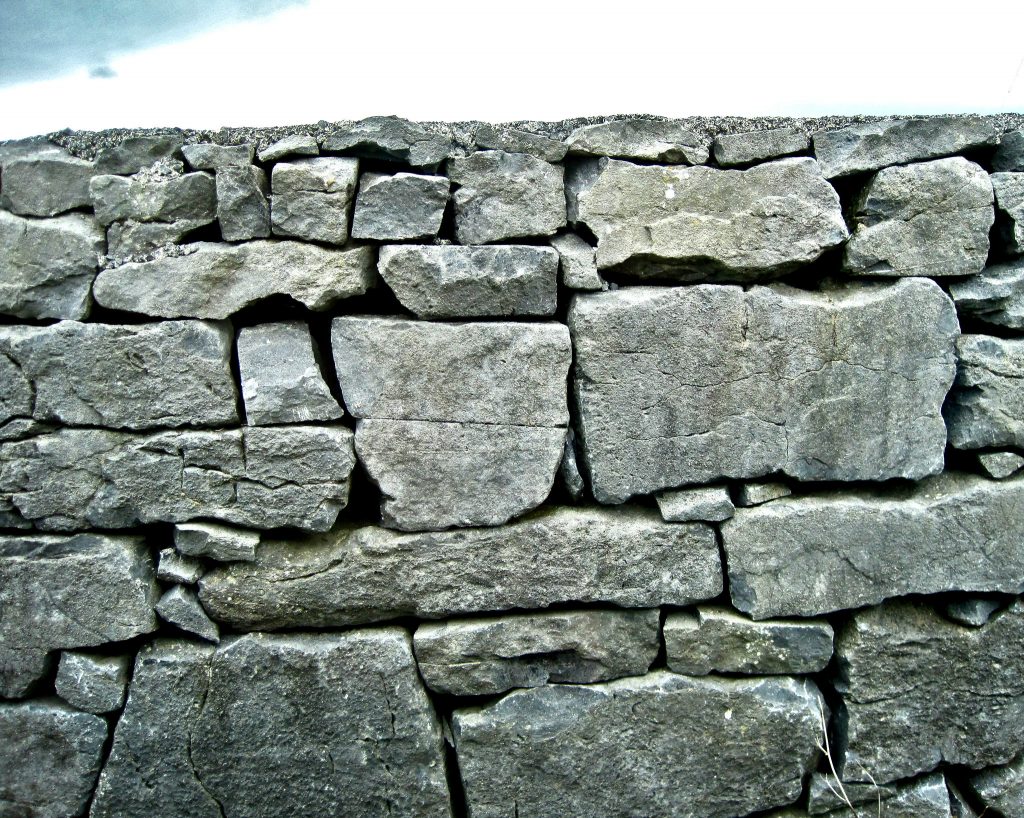