Rigid surfaces and how Nash bent them

Abstract: A compact surface in R3 is called rigid if the only length-preserving transformations of it are congruencies of the ambient space – in simple terms rigid surfaces are unbendable. Rigidity is a topic which is already found in Euclid’s Elements. Euler conjectured in 1766 that every smooth compact surface is rigid. The young Cauchy found a proof in 1813 for convex polyhedra, but it took another 100 years until a proof for smooth convex surfaces appeared. Whilst it seems clear that convexity, and more generally curvature plays an important role for rigidity, it came as a shock to the world of geometry when J. Nash showed in 1954 that every surface can be bent in an essentially arbitrary, albeit non-convex manner. The proof of Nash involves a highly intricate fractal-like construction, that has in recent years found applications in many different branches of applied mathematics, such as elasticity and fluid mechanics. The talk will provide an overview of this fascinating subject and the most recent developments. 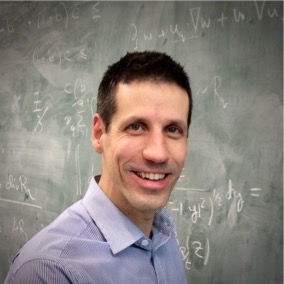